The Guilford Credit Union is back and ready to serve Students 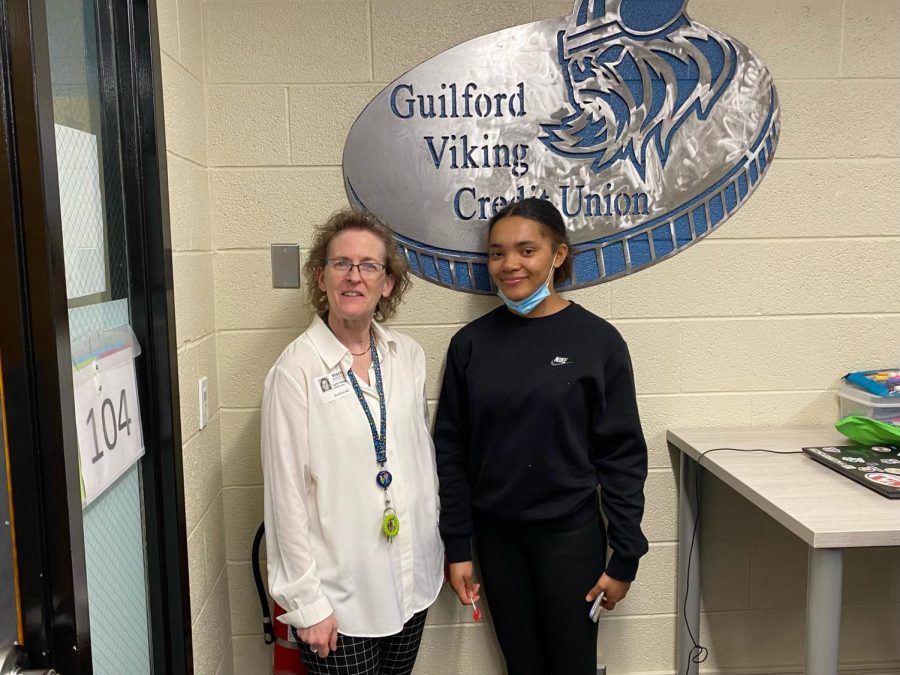 After a long hiatus from being up and running, the Guilford Credit Union is back and ready to serve students. The credit union has been closed for so long due to a chaotic mix of COVID-19 concerns and computer troubles relating to the main location, The Rockford Bell Credit Union.

“It’s been a rough start,” said Mr. Coulter, Business Internship class teacher.” We just opened this year at the end of January. Before that, we weren’t open at all during the 2020-2021 school year, so the last time we were open would’ve been March 13th, 2020, which was the last day before everything shut down.”

The Business Internship class, which is the class that runs the credit union, had to change a significant amount last year. Since many students were remote, the credit union was closed, so the class had to find other kinds of content to fill the year.

“When it was remote we did a lot of learning about the ins and outs of how debit cards and checks and everything hits your account,” Said Lynn Hewitt, GVCU supervisor. “They learned about car loans, home loans, credit scores, what they mean, and how they work. We went in-depth a lot last year to make sure we filled up a lot of time.”

Now that the credit union is back up and running in the school, the original purpose of the class can once again be fulfilled. The credit union has been back for almost three months now.

“My main goal is that we get a bunch of students who come in and leave with a skill they can apply directly to the workforce and to their life after high school, even during high school,” said Mr. Coulter. “There have been students every year who have gone on to work at the outside branch of the Rockford Bell Credit Union.”

The credit union is a great benefit to the students involved and the school as a whole. It is a very unique part of the community and is the only high school in the district to have the feature.

“They’ve seen it in the Chicago area,” said Mrs. Hewitt. “There is a program over there so they wanted to implement it here. So they chose Guilford, I don’t specifically know why, but I think it’s because it is closer to our main location.”

Now the main issue facing the credit union is trying to spread the word about the reopening, and of course, finding more students to open up accounts.

“I would say that’s where we are lacking,” said Mr. Coulter, “I think that’s why the marketing and the advertising strategy has taken the forefront right now. It’s because other than the employees working here we’ve only had maybe two accounts open so far this year.”

Despite this fact, the credit union is still striving, and helping the students who run it learn valuable lessons.

“The class has benefited me by giving me a better understanding of how the banking industry works,” said LeAnn Severson, Junior. “I feel that I have learned a lot while being in there.”