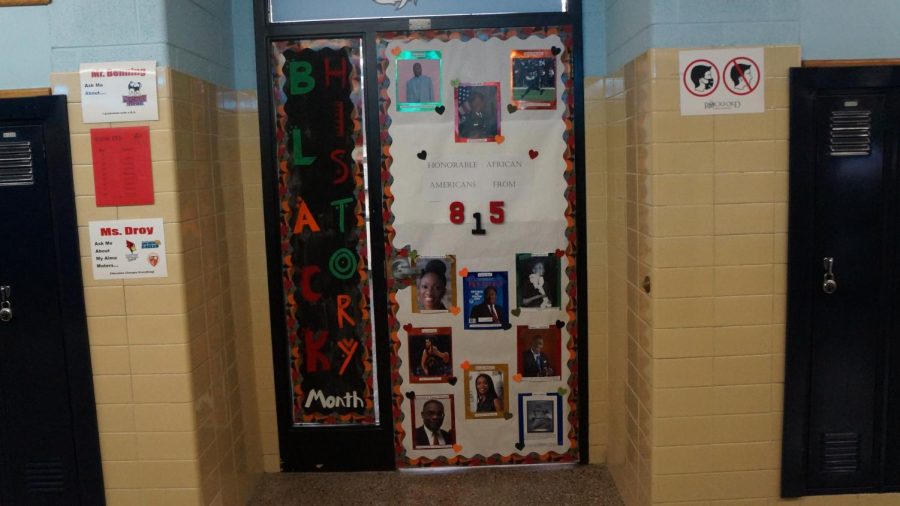 Teachers who wanted their doors decorated were invited to have the student council and ambassadors make the designs. Paper cut-outs, pictures, and short quotes or facts were put on the doors.

“Some doors were very simple, and others very detailed,” said Mrs. Alma Tapia, Freshman Office Professional and Student Council advisor. “Every group did their door differently.”

Many teachers and students also created their own decorations with messages, quotes, and pictures. Every door was a little different from the next, showing many historical figures.

“We encouraged people to be as creative as possible,” said Mrs. Tapia, “We wanted to focus on important black figures in history.”

Hard working black activists were popular on doors as they made a big difference in creating what we have today. Musicians, sports players, and entrepreneurs were also well-represented.

“Student council had a goal of decorating as many doors as possible,” said Mrs. Chris Magee, College and Career Coach. “We had 25 doors decorated in the end.”

Students and staff voted for their favorite door to decide the winners, who earned rewards.

“Participants voted for their favorite door on a spreadsheet that was sent through email,” said Mrs. Tapia. “Prizes included a pizza party for classes or gift cards for individuals or small groups.”

The student ambassadors and council sent out a google form with each decorated door listed.

Mr. Benning and his class won the contest with a theme of the 815 area across the decoration on their door.

“We wanted to focus on people in the area who made a difference,” said Mr. Benning. “We added people from history and modern day alike. The whole class and myself worked on the door. Most of the inspiration came from the class’s ideas, Every person on the door is from the 815 area.”