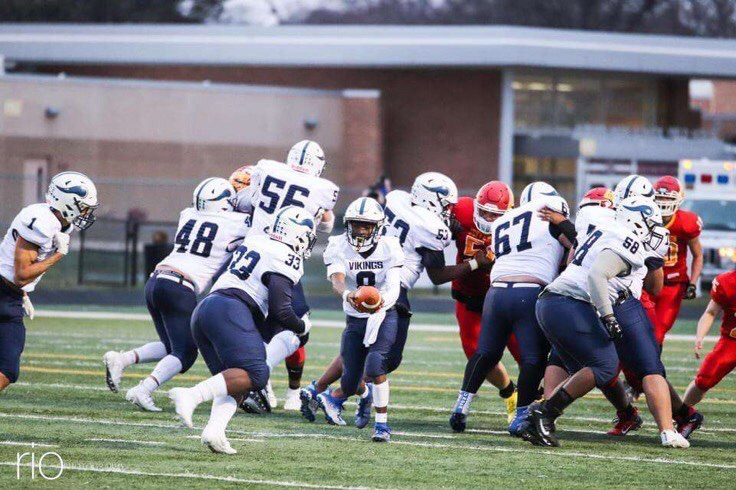 Coronavirus has changed almost everything we are used to, whether that is going shopping, going to school or work, or in this case, the sports we play. This year’s football season was a strange one, to say the least.

Football season started in the spring instead of the fall, and instead of the usual three teams (Freshman, Junior Varsity, and Varsity), it was cut down to just two (Freshman and Varsity). At one point in the year, it seemed as if the season wouldn’t even happen.

“There were definitely times I was doubtful the season would happen at all. I remember being told at the beginning of the year the season would be postponed until spring,” said Mason Smith, junior left guard. “But after that, I didn’t hear a lot of talk about it. What we (the players) did hear about the season came from word of mouth, and I was never quite sure what people were saying was true.”

Despite the confusion, the season was pushed to spring. But scheduling wasn’t the only problem the pandemic posed. Restrictions to keep the players and coaches safe and healthy had to be put in place, like separating players by grade levels and assignments during practice, keeping distance on the sidelines, and of course, wearing a mask.

“We had to wear masks, we had to be a certain distance away from each other on the sidelines,” said Head Coach Denny Diduch. “I mean, wearing a mask was the biggest change. Trying to keep that on while tackling people was probably the hardest thing.”

Despite all the precautions taken, COVID managed to further disrupt an already messed-up season.

“I wasn’t surprised. We had been getting more kids with symptoms,” said Coach Diduch. “So more kids were getting tested so it was really just a matter of time before someone tested positive.”

The team had to be put in quarantine for 10 days, but this happened right at the end of the season. This meant the team wasn’t going to be able to play all six of the scheduled games in the 2020-2021 season.

“It was sad, to say the least. Having our already shortened season ended early wasn’t something I had even considered,” said Mason. “After we all got the call saying we had to go into quarantine, and being told the season was over, I remember getting texts and messages from the players and coaches lamenting over the whole ordeal.”

Despite the team’s quarantine and the shorter season, the team was able to accomplish a lot in a short amount of time.

“We got four weeks in, so I think we are really happy with that,” said Coach Diduch. “And nobody that we know of is seriously sick or hurt. You know, it’s (the team’s quarantine) more precautionary, so it’s kinda hard to complain about it.”

All in all, the team was able to overcome the plethora of problems they faced. The team was only able to play four games and won a total of two.

“Winning half of our games is something we haven’t been able to do for a long time,” said Mason. “I think that we had an excellent team this year, but we kept shooting ourselves in the foot. If it hadn’t been for our mistakes, like our fumbles and penalties, we would have definitely gone at least 3-1 instead of 2-2. Overall, I’m proud of what we were able to do this year, and I’m excited for an even better season next year.”