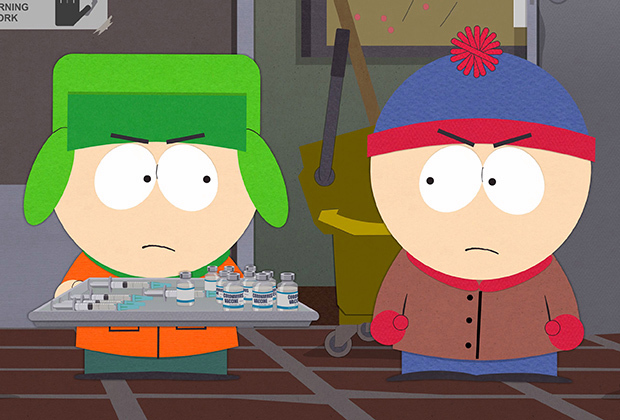 When the South Park Pandemic Special came out in September of 2020, I thought nothing would exceed it. Many shows like Parks and Recreation tried to make a COVID-related special but in my opinion, they fell short. South Park made a pandemic special that at the time was the best Coronavirus-related episode of television. With the newly released South ParQ Vaccination Special, the question is; Does the Vaccination Special provide better social commentary in regards to COVID than the Pandemic Special in any significant ways?

The special starts out with Eric and Kenny wanting to talk to Stan and Kyle because they feel that they do not get along anymore. Stan and Kyle agree, and Eric tells them of a plan that he and Kenny came up with to prank their teacher, Mrs. Nelson. When the plan backfires, the teacher complains that the government did not think that she was important enough to get a vaccine. The school guidance counselor Mr. Mackey calls the four boys to his office to send them on a mission to get vaccines in order to get their teacher back after leaving because of the mean prank. Meanwhile, Mr. Garrison, the former president of the United States within the show, comes back to South Park after losing the presidential election. Mr. Garrison used to be the teacher of the four main kids of South Park until he became president. Mr. Garrison becoming president was Trey Parker and Matt Stone’s (the creators of South Park) response to Donald Trump. The citizens of South Park get angry with Mr. Garrison because they feel that he should not be able to come back so easily after messing up the country so terribly and with everything that he said during his reign being so awful. Two of his biggest controversies within the show was his response to immigration. He said that the way that the country should be dealing with immigrants is by “******* them all to death.” Another one of his biggest controversies is that he had the capacity to end the pandemic. This animal called a pangolin had the COVID antibodies for the vaccine but Mr. Garrison burnt it.

This is when the reason why the special is called the South ParQ Vaccination Special instead of the South Park Vaccination Special becomes apparent. Some of Mr. Garrison’s supporters go to him for advice on what to do since he is out of office. Mr. Garrison offers an expletive-filled response: “Blow **** out your ****,” and his supporters try to look for advice within that phrase. South Park is making fun of QAnon users who try to look into a secret code with anything that former President Donald Trump said, even if it was something as simple as “Good morning.” (QAnon is a far-right conspiracy-theorist group known for thinking that the whole planet is run by an evil cult. Even though South Park brutally made fun of these people, QAnon still believed that they were trying to prove their theories.) The South Park QAnon group spreads rumors that the school is lying and telling students and parents that the vaccinations are perfectly safe when in fact they will control your mind. Most of the parents pull their kids out of school and put their kids in a QAnon-run tutoring group called Tutornon. Soon the kids inside of Tutornon make their own group called the Lil’ Qties where they spread QAnon’s lies to the kids that still go to South Park Elementary. 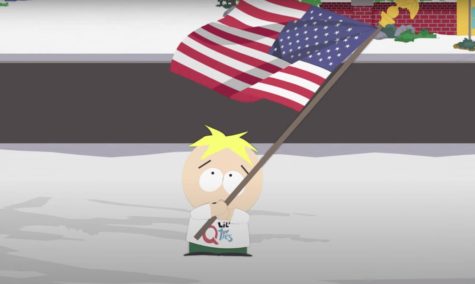 Overall, I enjoyed the South ParQ Vaccination Special. I have a close personal tie to the show, so seeing a new episode puts a smile on my face and it made me laugh. That is something that we all need right now. Sure, it was not as in-depth as the Pandemic Special, and it is by no means a better episode, but to me, it is still South Park and that is why I loved the Vaccination Special.

The South ParQ Vaccination Special is available to stream for free at SOUTHPARQ.com.