How Amanda Gorman captured the future of America 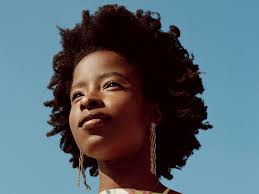 The poem, “The Hill We Climb,” written and read by Amanda Gorman at Joe Biden’s presidential inauguration on Jan. 20, was just what the country needed to hear.

At 22 years old, Gorman is America’s first-ever official youth poet laureate, an honorary representative position for a particular country, region, or group. She was given this award at the age of 19 and is the youngest person ever to deliver a poem at a presidential inauguration.

The poem was about the strength and the weakness of our country and how, even though we are unfinished, we can still come together to complete it.

Amanda opened her poem with a question that most pose to themselves: “Where can we find light in this never-ending shade?” She continued: “The loss we carry, a sea we must wade. We braved the belly of the beast.”

The previous sentence is a representation of the human challenges we go through every day, and the question is us asking ourselves: when are the challenges going to stop coming and when will we finally see our progress in life? The way her writing ability is able to capture our daily struggles and turn them into metaphors and show how frightful life can truly be is a beautiful thing.

These two sentences stick out particularly because they talk about a division that is or was between Americans, but once we are able to put our differences aside we will be able to praise our unity. When you read the two previous quotes, many events come to mind such as the Black Lives Matter protests throughout the summer-fall of 2020. These quotes capture a whole year of division and change.

“We’ve seen a force that would shatter our nation rather than share it, would destroy our country if it meant delaying democracy,” Gorman said, referencing the Jan. 6 insurrection on the Capitol. “And this effort very nearly succeeded. But while democracy can be periodically delayed, it can never be permanently defeated.”

Even until Inauguration Day, Gorman was adding to and revising her poem. The capitol insurrection happened just fourteen days before her official reading. She was able to witness the failure of these American citizens trying to overthrow the very democracy America was built on. In those few sentences, Amanda was able to show that no matter how hard anyone tries to defeat democracy it will never fail, and that gives you a patriotic feeling for this country. On Inauguration Day, the weather was rather gloomy and cold but Gorman’s outfit showed a new symbol for America. Her bright yellow floor-length coat along with her bright red head banned showed hope and joy that her poem would convey even after the unimaginable events that happened on January 6. Her continuous hand gestures walked you through her poem and you made you even more intrigued.

As she continued, she explained how this is an age of redemption for America. How we need to look at our past mistakes and not repeat them. How even though the mistakes of the present generation are the problems of the future generation, we can come together to change our children’s destiny. She iterated the need for unity and that the rebuilding of America is ultimately the goal in mind for everyone.

Gorman ends the poem with the following lines:

This line answers the question asked in the beginning, “Where can we find light in this never-ending shade?” Her answer is one of inspiration because she tells us we are the light, but only if we believe we are. She is telling us we need to believe in ourselves so we can start to see that better days are ahead. She depicts all the trials and tribulations America has faced throughout the past four years and previous months. Amanda knew that when she opened her poem with a question on the sorrow of life, she would end it by telling us we are the light in our own life.

This poem shows the strength, unity, and hope that she and hopefully others can see for the future of America.

Here is Amanda Gorman’s poem brought to you by PBS NewsHour: https://youtu.be/LZ055ilIiN4