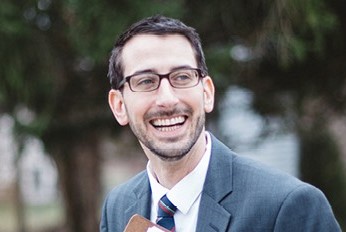 Mayor Tom McNamara has been the presiding mayor for the city of Rockford for the past 3 ½ years. He has guided the city through many tough times and is continuing to prove why his leadership and task accomplishing abilities are vital to the city. The mayor and I connected for a virtual interview where I asked him questions about a range of topics, including crime, property taxes, education, and city initiates before the upcoming spring mayoral elections.

“Before I was mayor I sold insurance to nonprofits in Illinois, Wisconsin, and Indiana. I also was alderman of the third ward,” said McNamara.

These positions have certainly helped McNamara in his current position today, he credits them for attributing to numerous things.

Mr. McNamara is on a host of boards, including the Criminal Justice Coordinating Council, Illinois Municipal League Board of Directors, and The Metropolitan Mayors Caucus. These have helped strengthen his understanding of the community’s needs and how he can grasp a view of the needs of citizens.

“There are different initiatives like the Family Peace Center, expanding Head Start and Early Head Start, creating the Rockford Promise initiative with NIU. Those are all really things that bring me a great sense of joy. But I would also just say, getting out and meeting with residents and understanding their challenges, listening to them, and working to tailor solutions to meet their needs… brings a great sense of joy.”

Mayor McNamara has proposed an expansion to Rockford Promise, a scholarship program that has raised over a million dollars in funding towards sending Rockford students to college. This new proposal is big. All students who have attended Rockford Public Schools all four years and have maintained a cumulative 3.0 GPA (on a 4.0 scale) would have admission into NIU free of charge.

Regarding other areas, his administration has also made big gains. The current property tax in the city of Rockford is now 2.9%, which is 3.3% lower than in 2019.

“I think overall, we have done very well as a community over the last 3 ½ years. If you look, our property taxes have decreased, our property values have increased. Up until February of this year, we had seen a 30% reduction in violent crime. We are investing more in our infrastructure throughout the city. Even just this year, to be honest, we still made a lot of great progress, we opened a Family Peace Center to help survivors of domestic violence, child abuse, sex abuse, human trafficking, and elder abuse…So I would say overall, we have made tremendous progress but we still have a lot of work to be done to have our community reach its full potential.”

The Rockford Peace Family Center is a center focused on bringing help to victims of all sorts of abuse. The doors opened for the facility in July and have been a huge staple in helping families in need. The building brings victims, law enforcement, and legal help together to end the cycle of families being ripped apart due to terrible acts. The building operates at 313 N. Main St. and inquiries can be scheduled at 779-348-7600.

Regarding COVID-19, the mayor had a few words to say regarding how it is being handled, and what the city of Rockford has been doing to play its part in slowing the spread.

“Overall, we as a country have lacked a national plan. And that national plan needs to be assessed by the federal government that delivered to the states and the states to the counties and the counties to the cities. Lacking that national plan has really divided our country into all the different states doing their own thing, below that all the municipalities doing their own thing. It has complicated what is already a novel virus to which it has been incredibly complicated to handle on its own.”

In almost all public places in Rockford, masks are strictly enforced and social distancing is encouraged. After ten months in this pandemic, results have been erratic.

“The city of Rockford I think we have done well. Since it is so new there was a lot to understand, and there still is. There is a lot of room for improvement. We have now helped over 6,000 residents with their utility bills, we have helped hundreds if not thousands with rent, mortgage assistance. We have stood up our emergency operations center since March 13th and it is still going to this day. We have created food giveaways, things of that nature to help residents. We have also helped small businesses to the tune of multiple millions of dollars in relief. And we have done all this with very little federal help.”

In closing statements, when asked what we can expect from his platform and what we might expect if given another term, McNamara kept it simple: keep building on what we have accomplished.

“Neighborhoods, we need to continue to strengthen our neighborhoods, and we do that by investing in infrastructure. We do that by removing blight. We do that by creating homeownership opportunities and keeping property taxes low. For education, we continue to have a strong emphasis on early childhood education and reducing barriers to college and career opportunities for young people so that when they go and try to further themselves, they’re not saddled with debt. For economic development, the virus has shown us that we really need to expand our economy to cover more areas so that when one area gets hurt by an issue, it doesn’t bring everyone down. Public safety, the number one concern of Rockford residents, still remains that they fear crime and we have had way too much violent senseless crime.”

With a great three years in the bag already, Mayor McNamara hopes to keep the success going into 2021 and beyond. Rockford is a city full of amazing people and unlimited potential, and I for one, cannot wait to see what is in store.