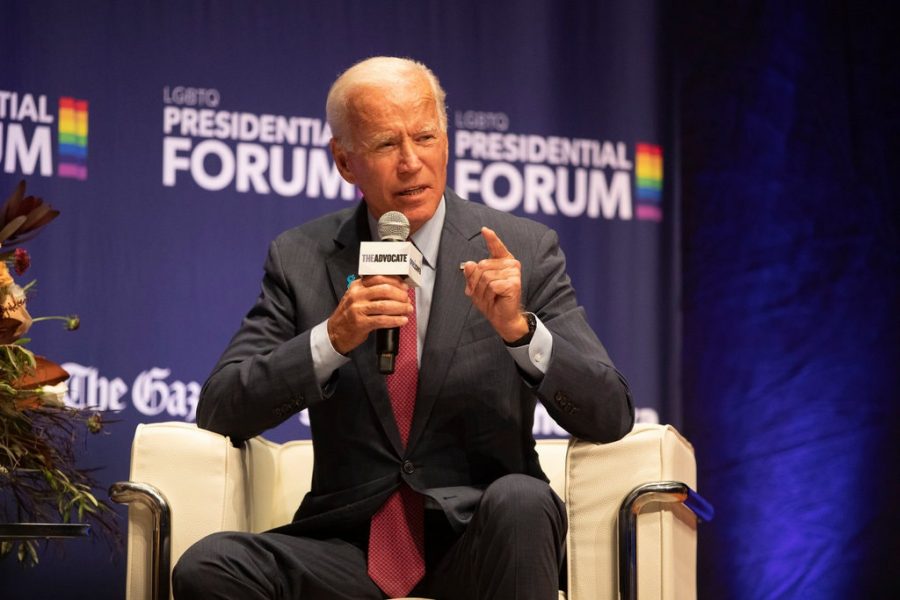 UNITED STATES – Joe Biden, the Democratic Presidential candidate said Wednesday if  elected into office he will make passing the Equality Act, also known as the LGBTQ+ rights legislation, a top priority and will get it signed within his first 100 days within the office. This Act is to protect U.S. citizens from discrimination against gender identity and sexual identity by the Civil Rights Act of 1964. While in an interview with Philadephia Gay News Joe states that he will make queer rights an international movement by having the centerpiece of the U.S diplomacy be equality when elected.  Biden has mentioned many times before this interview his support of the passing of this act but it is significant to mention now because of the many upcoming executive orders and the regulatory actions that could compete with this in the upcoming days.

While meeting with the publisher of Philadephia Gay News Biden laid out his agenda for LGBTQ+  rights he reiterated making this act a priority, unlike the Trump administration who say that this would “undermine parental and conscience rights”. Though Biden will need to hold the House and the Democrats to control the Senate then this is a secure path for this Act. On an international scale, Biden has also stated that he will defend American diplomats that speak up for LGBTQ+  rights in hostile countries.

(Compiled from Reuters for the Guilford Voyager by Za’Nia Harris, original reporting by Daniel Trotta)