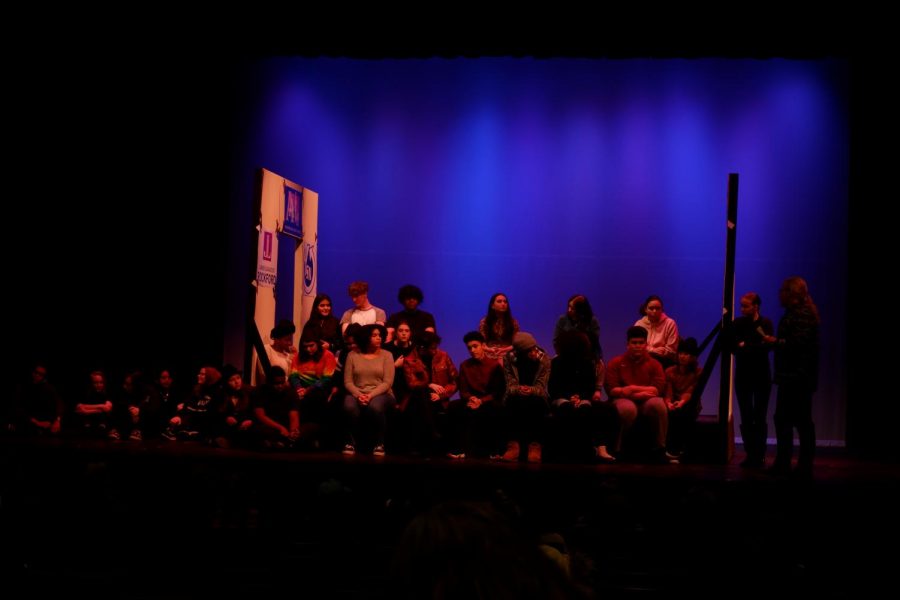 On Thursday, January 30 and Friday, January 31, Guilford’s theatre department presented a showcase called Understanding Biases, which centered around the themes of race, mental health, body image, LGBTQ+ ( lesbian, gay, bisexual, transgender, and questioning) and abuse. Each theme was showcased in different scenarios of stories where characters were facing prejudice as they dealt with different and difficult situations.  Five short stories were showcased in three skits and two monologues as prime examples to the key themes.

“The whole showcase was really put together to bring awareness to a lot of problems that we have had for a long time in society,” said Agius Admany, junior. “We are not allowed to have this kind of stuff to happen. We’ll shine a light that shows past events that have happened and say things like this are not okay.”

The showcase offered an experience for students to get out of their comfort zone and help tell stories of past events that would be relevant today more than ever. Scenes from monologues such as “Abuse” provided examples of how much damage physical, sexual, and verbal abuse can give to friends and family of victims.  The monologue “Mental Health” displayed a strong message about how people in denial of a mental illness may be confused about their sexuality and refuse to accept their signs of depression.

“The message is to not discriminate against anyone or anything,” said Morgan Mitchell, junior. “There’s big topics and things that happen and possibly happen,  and I think us portraying as the characters brings a surrealness to the performances.”

The play collaborated on many ideas for each showcase thanks to support from community services, organizations, and industries, including Goodwill Northern Illinois, Junior League of Rockford, and KP Counseling. After the play was finished, actors were able to answer audience questions about their experiences in their performances. Audience members and performers agreed that Understanding Biases may have been the most ambitious and crucial performance Guilford theatre department has put on in recent years.

“My character was a discriminative police officer and at first it was hard to get into that role and be comfortable saying some lines I’m not proud of ,” said Agius Admany. “I think it really helped me to see where he was coming from. To better understand the character and that in return understand people more in general.”