End of a Decade 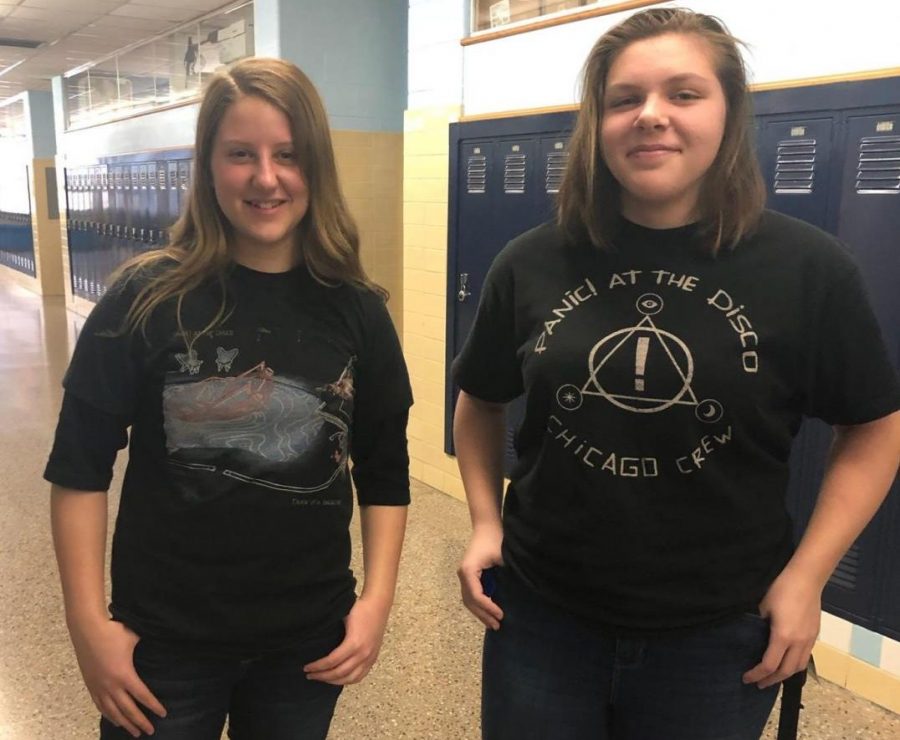 Sophomores Amelia Milks and Olivia Mosny show off their Panic! at the Disco shirts, celebrating the 200-2010 decade.

It is an end of another decade that has had highlights for many, but mostly teenagers. Most people thought of this being the best decade for trends, shows, experiences with friends, and opportunities. This time period was a time for milestones for teenagers, such as getting their drivers license, starting work, or living independently. For some, it was also a time of increased stress.

“I’m scared, I have to work and now I’m learning how to drive and it’s a lot of pressure,” said Melanie Paz, sophomore. “Soon I’m going to live by myself and then I’m going to be having a family.”

Now that most teenagers have to focus on important duties, during this decade, it was easier to enjoy being free and do fun activities, rather than responsibilities and work.

“Before high school, considering I barely had any responsibilities and I was just a free boy,” said Zimoun Zamudio, sophomore. “My immatureness was the best part of it, since it was more fun.”

For others, it was trends that were spread around on social networks, an app called “Vine.” Vine was an app created in January 2013, but shut down in January of 2017. On Vine, you could create 6 second videos, that people continue to quote to this day.

“My favorite part of the decade was probably the time Vine was around,” said Elianna Cabello, junior. “Vine was my favorite because it was hilarious and it made a lot of opportunities for people.”

Some people have had favorite bands that have unfortunately broken up. One that is well known is One Direction. For Kaylee Presslor, freshmen, she talks about her favorite band and shares her excitement of her band getting back together.