The Mandalorian Takes Star-Wars to a New Level 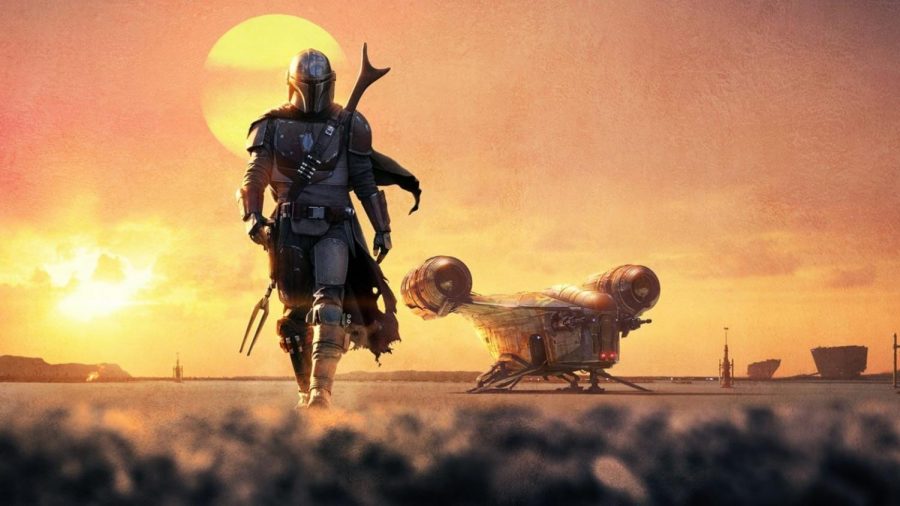 The atmosphere and setting of the story helps bring viewers in. The mystery behind the Mandalorian, and his new friend makes the viewer fully engaged in what’s happening. The action choreography is great, and helps tell the story of the main character. The set design mimics the original Star Wars movies which adds a lot to the viewing experience. The show also has amazing visuals, and looks as good, and sometimes even better than many modern day blockbusters. The show uses many classic movie tropes to its advantage. It takes many ideas from westerns, like the themes, the cinematography, and even the shows main theme music takes ideas from many western movies scores.

Some highlights of the show are the opening scene, which establishes the main character as a cold-blooded bounty hunter. This persona the main character displays is later shown to not truly represent him. Once the Mandalorian meets the child, or as many have called him on the internet “Baby Yoda,” he takes a father type role throughout the story. This shift in behavior shows that the character has changed, and really makes the story come full circle.

Like many other shows, this first season needs to set up the story of our nameless hero, which causes some slower episodes to give viewers context to what may happen later in the series. While these parts of early episodes may seem pointless, and possibly confusing at the time, the themes and ideas set up in these segments return in later episodes. This may be a positive to long time consumers of Star Wars content, but confusing to people looking for a fun action show.

The Mandalorian is a great show for long time fans of the Star Wars franchise, and offers a lot of interesting action, plot, and new ideas to the television table. The show uses all of these assets to its advantage, and creates a story that could only exist in a galaxy far, far away.