Trippie Redd’s: A Love Letter To You 4 Album Review 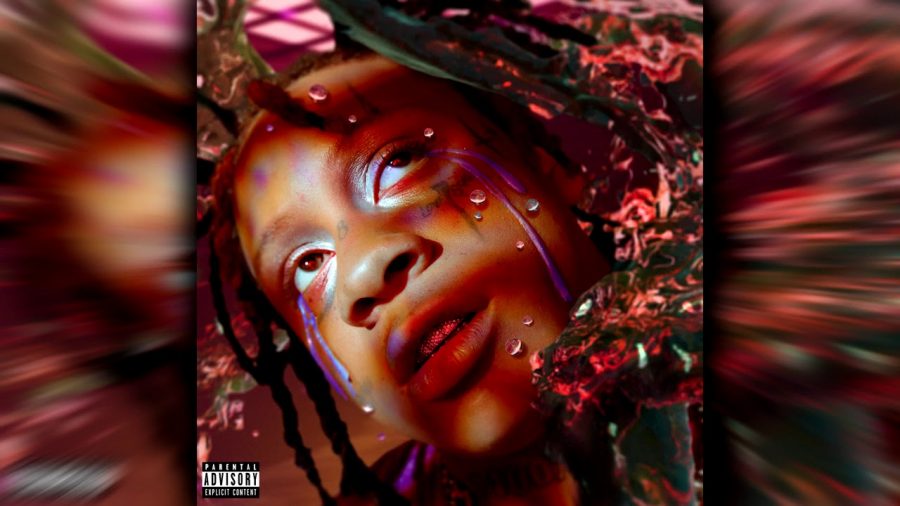 Off the cuff of his most recent studio album dubbed simply “!”, Trippie Redd’s fanbase was disappointed in the somewhat lackluster effort in the music, and it felt to most listeners that Trippie had lost his classic identity as an artist, and was instead hopping on trends. However, Trippie recently delivered a drastically refreshing mixtape in A Love Letter To You 4 which follows up on his series. Filled with 21 entire tracks, this tape has a lot to offer to listeners and is a call back to what fans love about Trippie.

After deleting everything off of his Instagram page, Trippie posted a snippet of the intro track we would later see in the mixtape titled “Leray”. It was a fantastic return to form. As acoustic guitars play alone, he uses spoken word to emphasize the heartbreak he felt after his recent breakup, and moves into classic Trippie singing as the acoustic guitars compound and close off.

“Sickening” emphasizes the feeling of heartbreak, feeling lovesick in a way. It drags on as a slower track, but in the perfect way combining piano notes, dreary flutes, and a solid drum beat paired with Trippie’s somewhat demoralized singing set the listener in a relaxed mood. “Real Feel” is a rejection of others’ views on your personal relationship. This track is smooth and combines the typical acoustic guitar strums with a trap beat, along with phenomenal singing and flow from Trippie. His voice is modified slightly at the end of his lines in order to emphasize the pain in his singing, which is a nice touch. It is easily my favorite track off the tape, and one that I will enjoy for a long time.

“The Grinch” was produced by the famed Pi’erre Bourne, and is easily set apart from the rest of the mixtape with its dark emo aesthetic instrumental. If anything, this sounds like a futuristic punk/trap song, and honestly Trippie is phenomenal with this style. “M’s” features Lil Yachty and Pi’erre Bourne with production once again coming from the latter. This is a much lighter feeling, with a dreamy cheerful beat. This track possibly has Trippie’s best lines on the tape, and the Lil Yachty feature isn’t obstructive and adds greatly to the feeling of the song.

“Hate Me” features YoungBoy Never Broke Again, and uses low sliding synths with a relaxed drum beat for the artists to rap over. In this track they both question where the once strong love went in their relationships and what had changed. “This Ain’t That” features Lil Mosey, and is another relaxed track with a catchy chorus. Acoustic guitars are brought back once again paired with another trap beat which by this point is more of the same. However, this track really shines in Trippie’s amazingly catchy chorus lines, which are easily the best on the album.

“Love Me More” is the standout single that was released shortly before the mixtape dropped, attracting waves of attention from both fans and newcomers. Trippie’s delivery is slurred in the best way as he’s lost all feeling in a relationship, where he should be loved regardless and should never have to ask for it. “Death” is the second standout of this tape and was also released before the official drop. The track samples an old Three 6 Mafia song, and is paired with more trap drums. The 2019 prodigy DaBaby is also featured and delivers a fantastic verse as usual.

“Bust Down Deux” originally turned me away with it’s strange instrumental, but it grew on me with continuous listens, and in my opinion will be cemented as one of Trippie’s best songs in his growing discography. The only problem is that it features an awful verse from Youv Dee, a French rapper. “The Jungle Book” features Lil Wop and has an instrumental with a high pitched choir along with hard bass, which comes together for one of the best tracks off the tape.

Overall this tape is a 7/10 for me simply because around 6 out of the 21 tracks simply seemed unnecessary. The other 15 are all fantastic in their very own rights, though, and this tape just shows how versatile Trippie can be as an artist. This is a great addition to his Love Letter series, and won’t be forgotten anytime soon.