The Volleyball Boys are back 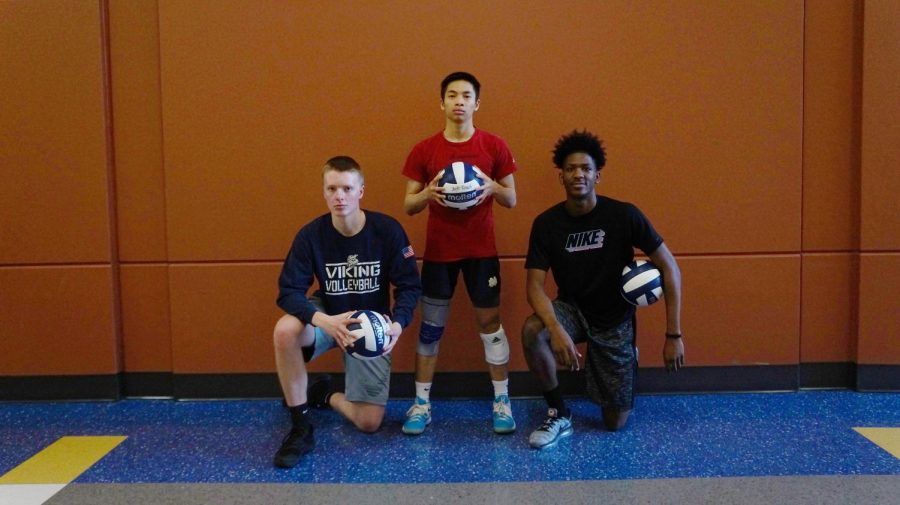 As athletes, a common goal is to win, and the boys volleyball team hasn’t faltered from that goal in recent years, with a continuous streak of wins, one being a back to back Nic-10 championship.

It is important to the Vikings that they have a coach who pushes them to be the best they can be, on the court and off. The boys can all come to an agreement that a substantial reason for their victories has been their coach, Ms. Tina Sunstedt. To senior Mitchell Wannawilai, Ms. Sunstedt is not only a coach, but a mother figure. According to him, she is like the school mom, making sure everyone is on track and ready to graduate.

“On the court, she makes sure that everyone is pulling their weight and the practices are intense to make sure we’re ready for a game,” said Wannawilai. “She gets everyone fired during games and always makes sure that even if we are down, we are still in the game mentally.”

No coach will have the same method of teaching, but choices such as which drills are crucial to run during practice, as well as the line up in a game, can lead teams to either a loss or a victory. With years of experience, Ms. Sunstedt has got it down to a science.

“I’ve been coaching for 33 years and go to a lot of clinics and also coach club volleyball,” said Ms. Sunstedt. “It helps me keep updated in the volleyball world. I also have amazing mentors that I talk with often. The players believe in me so I love to challenge them and help them become better players and overall better people.”

The boys volleyball team is determined to keep their title, but it won’t be easy with challenging competitors such as Auburn and Boylan. The three teams have had some of the closest scores during games, sometimes making a win unpredictable.

“The competition is getting more and more challenging because the sport is growing so fast,” explained Ms. Sunstedt. “More boys are playing in the off season for local clubs and scrambles. I feel the boys have found out how much fun it is to play volleyball and they want to be competitive so they are putting a lot of time into the game.”

Although coaches are extremely important in motivating a team, nothing is more paramount than the bond that teammates make over the course of the season, and how they continue to help each other in improving their skills. Sean Maurer, junior, was pulled up to varsity last year when he was a sophomore. He learned quickly that teamwork was a key factor in helping them win the title, something the team is hoping to pursue this year as well.

“I have learned that without teamwork you can’t win,” said Maurer. “With teamwork I am able to have fun with my team while having fun playing volleyball. This year we are working together to reach the same goal.”

Tryouts are competitive, and all players push themselves to perform as well as possible, but rarely do you see a first year student on the varsity team. Kort Jackson, a freshman who made varsity this year, has been surrounded by volleyball his whole life, and is excited about what the season has in store for him and what new things he will learn. He has come to an understanding that to be able to get playing time, he will have to work just as hard, if not harder, than the other boys because he is such a new addition to the team.

“It’s very competitive in practices to get the spot on the court,” explained Jackson. “It’s very intense and stressful to know that you can lose your spot at any second. I try hard no matter how much someone makes fun of me for putting in the extra ten percent. It’s all about hard work, and hard work will pay off.”