The price of compettion 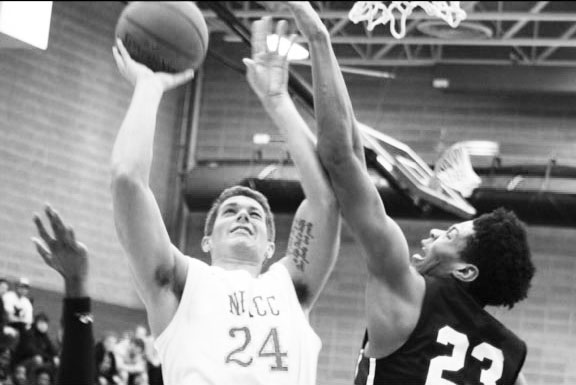 With March Madness in the rear view mirror, and most of the major college sports seasons now over, all that is left to look forward to is the professional league drafts in their respective sports. The NFL draft will take place April 26th-28th, while the NBA draft will not be until June. This is a crucial moment in the athlete’s lives when they will leave their colleges and venture into the next phase to become pros. But these Division I athletes are not properly compensated, because the stage they play on is professional in all but name.

According to the official finances page of the NCAA website, the association gives out $2.9 billion in athletic scholarships every year to 150,000 athletes across all three divisions in all 24 official sports; however,  DI athletes are only awarded a small amount of that each year. But the amount of money the NCAA makes off of men’s basketball and football alone dwarfs that. For example, in 2014 the NCAA inked a 14-year $10.8 billion deal with CBS/Turner to exclusively air the March Madness tournament through 2024. In April of 2016, they signed another deal worth $8.8 billion to keep March Madness at Turner through 2032, while college football signed with ESPN in 2014 on a 12-year $5.64 billion deal for the college football playoffs.  This money excludes how much the NCAA will make during the regular season and the fact that they will also make billions in ad revenue and ticket sales. Even though the NCAA claims to be a non-profit organization, these schools dump their earnings into pointless facilities to maintain their “non-profit” status. The University of Alabama, for example, purchased $9 million athletic facilities with unnecessary anti-gravity treadmills and an arcade with pool and video games.

These players see none of the money that they bring in because people like NCAA President Mark Emmert support the notion that players are “students, not employees.” Students like the athletes at the University of North Carolina, where, according to CNN, “There were 341 student athletes playing football or basketball between 2004 and 2012 under the ‘special-talent policies,’ meaning they otherwise would not have been admitted on academics alone.” So whether these athletes maintain good grades or even have them to begin with, the universities don’t care. In the world where these athletes are “paid with their education,” their pay is minimum wage.

Nobody is saying that these athletes need payments in the tens of thousands or even thousands of dollars, but when they devote as much time as they do to their team when their education isn’t even valued by the schools they attend, the real madness is that they get nothing.